Charlie Paris is a recent French brand that combines vintage and modernity with brightness in its different collections.We already tell you about the initial. Today it is in another model that we will focus on: the automatic GR (shown at € 445 on the site). Let’s see what this house offers us, which makes it a point of honor to improve the French coat of arms of watchmaking knowledge. 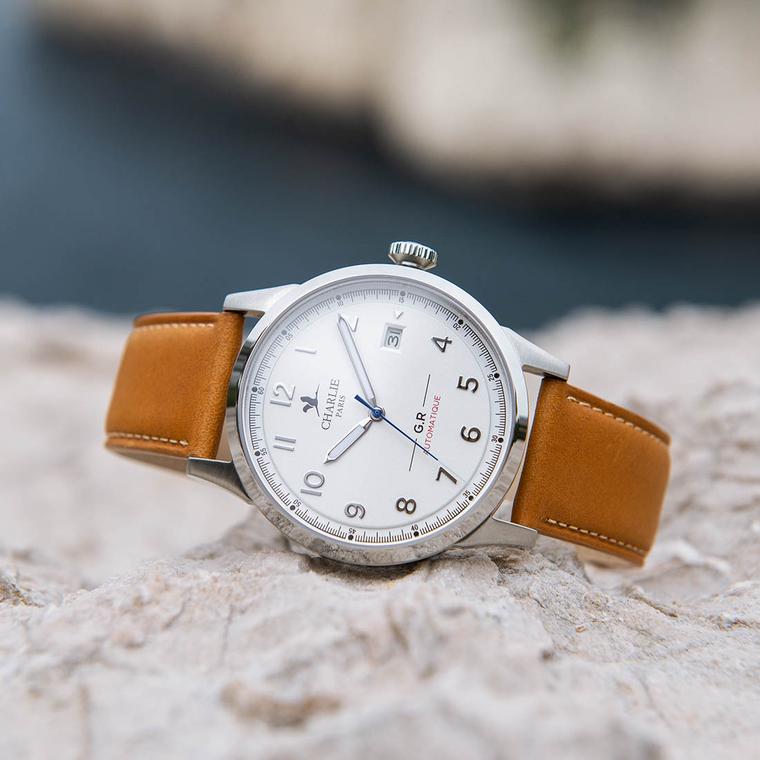 The GR Automatic is, like all Charlie Paris watches, assembled near Besançon in the Doubs. The city of Besançon, as we recall, is considered the cradle of French watchmaking and has housed some of the jewels of the industry over the years, including LIP from the late 19th century. Today, the department of Doubs retains some activity in watchmaking, and Charlie Paris is one of them.

Some of the components of the Automatic GR come from abroad, starting with its automatic movement that comes from Japan. Other components come from Switzerland, Spain or even from China and Italy. But much of the brand’s activities take place in France. The creation and design studio is in France, as is the assembly and quality control workshop. 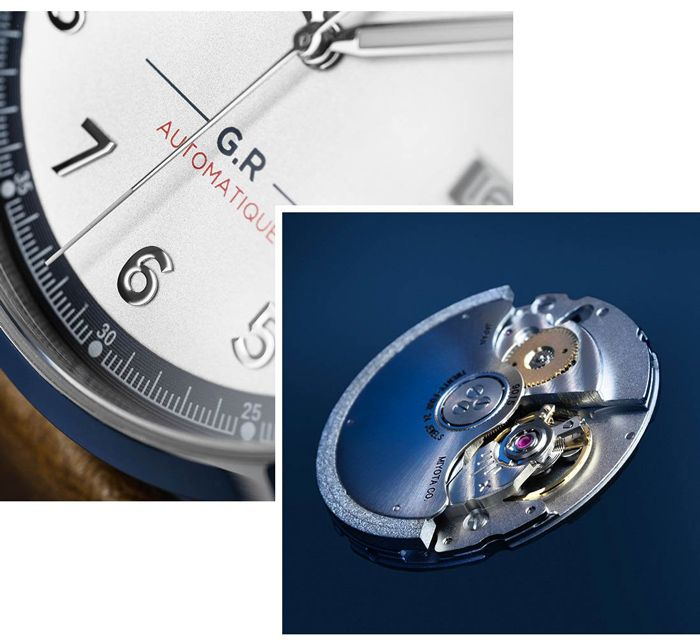 Charlie Paris had already offered a GR version in quartz, and this automatic version is a kind of evolution, more dressed and more elegant. It is driven as we mentioned earlier by a Japanese automatic movement, the Miyota 9015, which is one of the most worked movements of the Japanese supplier recognized worldwide for its robust products with a value for money difficult to match. The 9015 has 24 jewels and offers 40 hours of power reserve with a margin of error of – / + 20 seconds per day. Offer a date, here in a classic window at 3 o’clock.

The GR Automatic case, which measures 39 millimeters in diameter and 11 millimeters in thickness, is made of 316L stainless steel, one of the most used alloys for watch boxes in this price range, mainly for its robustness and characteristics. mechanical. The dial is protected by an anti-reflective sapphire crystal. There is also a sapphire crystal on the back of the case, which allows you to admire the caliber in motion whenever you want. The set offers a water resistance of 10 ATM. 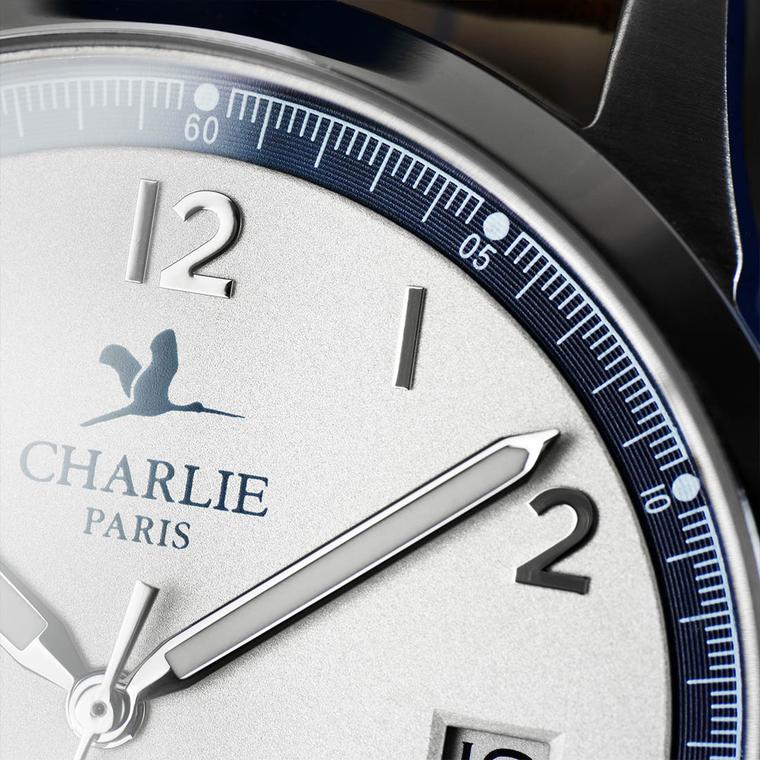 The hour and minute hands are straight sword hands, with a Super-Luminova treatment in its central part. The second hand is a fine two-tone needle, the tip of which is a different color from that of your body. These colors vary according to the references and the color of the dial.

The Arabic numeral hour markers applied on the dial are coated with a shiny silver finish, as are the contour of the hour and minute hands. The dial is two colors, with a main color throughout its central part, and another color in a thin strip at a different level at the end of the dial. The center of the dial is slightly raised compared to the outer band, and offers a finish like sanding. The outer band offers a striated texture different from the rest, and there are finely painted minute markers. This dial is available in four color combinations, namely

Whatever the choice of colors, there are sports inspirations in this Automatic GR, who remains dressed and elegant. As Charlie Paris is used to, there are also vintage lines along with more contemporary aspects, for a modest watch that seems timeless and versatile.

The GR is the result of a partnership between Charlie Paris and the French Hiking Federation. For this federation, GR means Grande Randonnée, and the term includes hiking trails throughout the country that sometimes require several weeks to complete. Therefore, the GR watch transmits values ​​of reliability, durability, but also of overcoming itself, while providing respect for the environment in general and a spirit of communion with nature.

This “green” aspect is increasingly global in the policy of Charlie Paris, and we find it on several levels.

A company committed to sustainable development. 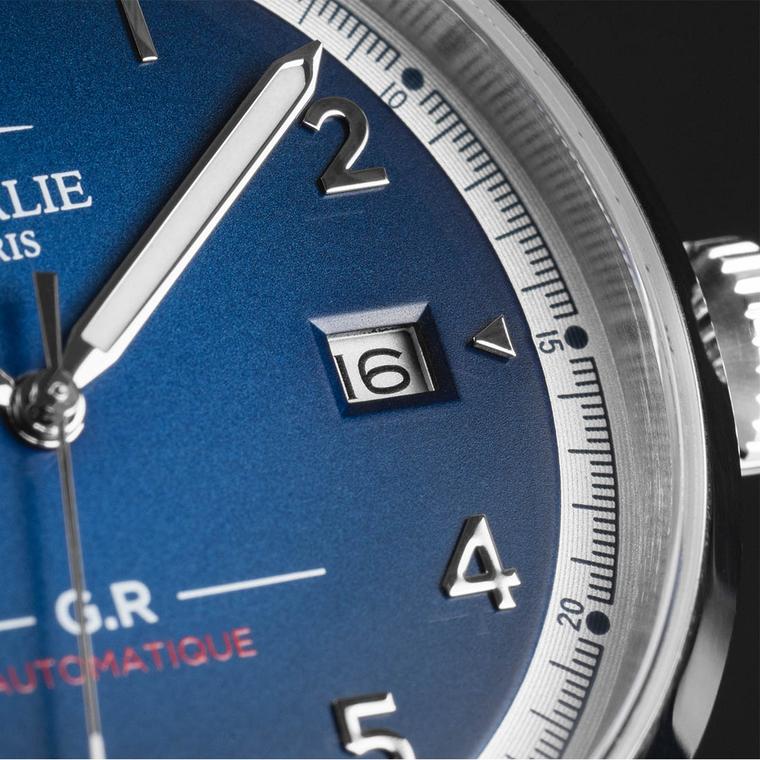 In fact, Charlie Paris is making many environmental efforts.

For example, the brand has partnered with Eco-Tempo, which is responsible for recycling watches and other jewelry. Eco-Tempo collects, dismantles, classifies and recycles everything that can be recycled in jewelry and watches of all kinds. This company also works with organizations that employ people in social or professional difficulties to ensure that it has a positive impact not only on the environment, but also on society.

Charlie Paris is also committed to sustainable development with its boxes. For the design of its watch boxes, the French company has selected a partner that meets the precise standards in terms of the environment, using recycled and recyclable materials, solvent-free glues, sustainably managed forest papers, etc. .

The fact of opting for a mode of distribution without an intermediary is once again the proof of an affirmed ecological commitment, as well as the fact of offering small series to avoid overproduction.

More than half of the leathers used for Charlie Paris watch straps are vegetable tanned leathers, and the brand is studying the possibilities of offering vegan leathers this year. With respect to the clocks themselves, Charlie Paris first promotes mechanical movement clocks to eliminate the need for batteries, and they also announce their desire to offer solar quartz watches. 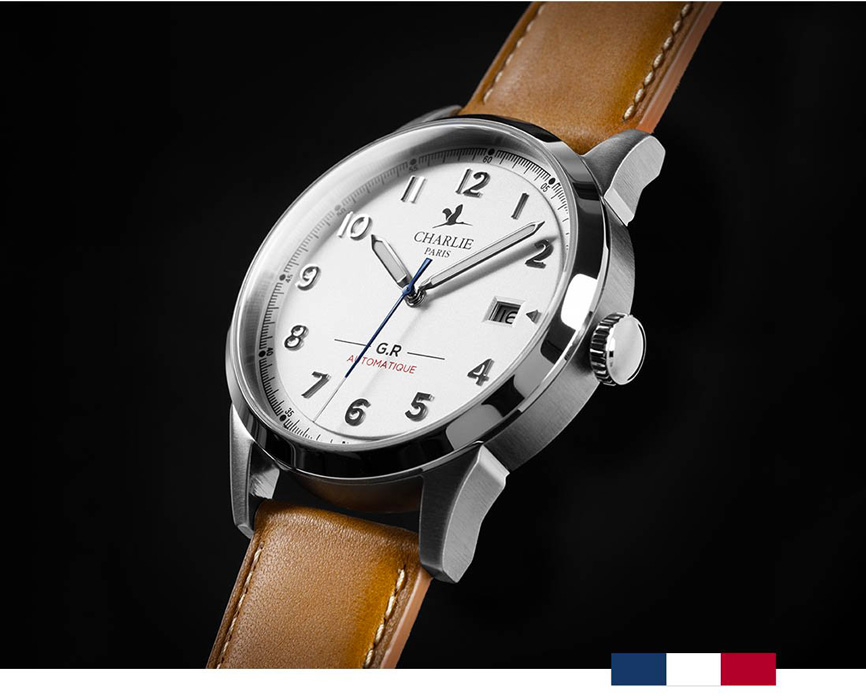 The French at Charlie Paris are developing their committed brand image, working on their scale for a fairer society and for a cleaner world. The automatic GR adapts perfectly to the general spirit of the young company, while proposing interesting features that can touch neophytes as connoisseurs. Alliances with renowned institutions such as the French Hiking Federation show that their work is recognized and respected by the institutions. The choice to buy from Miyota for the automatic GR caliber is also a strong strategic decision that shows the attention paid to the quality, reliability and robustness of its watches, which should attract fans and insider information.

Charlie Paris manufactures affordable and reliable watches, with a touch of French originality. For an automatic watch that can boast its appearance made in France, it is worth seeing the value of this GR Automatic, and this modest watch would be, in our opinion, a perfect gift for a newcomer to the fascinating world of mechanical watchmaking, while bringing a touch of freshness to the collection of a recognized enthusiast. Also note that this is a limited edition of 50 copies available on the brand’s website.