2020 starts for OMEGA with the launch of the new Speedmaster Moonwatch, dressed in steel and heart beating to the rhythm of the 321 caliber. After a return announced in 2019 for this legendary movement and a first watch equipped with the latter, this time the brand presents a second version equally remarkable.

Last year, in July 2019, more precisely, the famous Swiss watchmaker relaunched its legendary 321 caliber, creating a wave of excitement among lovers and watch collectors. It was then a Speedmaster Moonwatch in platinum

This year, our interest is again stimulated with a new steel version. This is inspired by a watch worn by astronaut Edward White, the first American to go to space in 1965. You should know that theOMEGA Speedmaster It is one of the most emblematic watches in the world and has played a role in no less than six lunar missions. The famous 321 caliber is the engine of this stainless steel model.

the Speedmaster Moonwatch presented today consists of a 39.7 mm stainless steel case, adorned with a polished black ceramic bezel [ZrO2], hit with a tachymeter scale in white enamel. The black dial is adorned with the famous Moonwatch hands, a central chronograph hand and three additional counters: 30 minutes, seconds and 12 hours. It also includes beige light indexes. This watch surrounds the wrist of a perfectly fitted steel bracelet, which resembles a modern version of the 1039 bracelet.

Detail that fans of the old model will not fail to appreciate; the famous ” point above 90 In the bezel, as well as straight horns. The set is subtle, elegant, with a very nice vintage charm. The introduction of more modern materials obviously has the merit of offering excellent wear resistance. 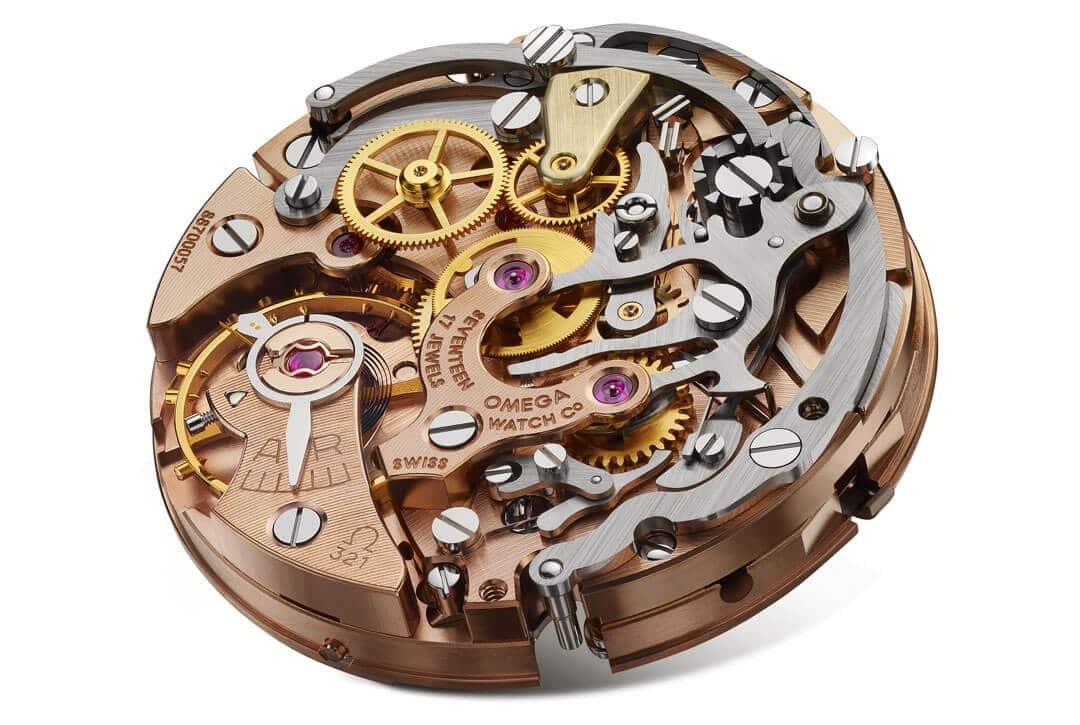 ” Ask the majority of watch fans to name a famous movement they would like to own and will hear them mention the OMEGA 321 caliber. Now we go to the heart of this watch, a real treasure. Caliber 321 is a historical movement with a formidably sophisticated design, wonderfully well thought out and highly sought after by connoisseurs. It was the first mechanism to equip the watch. OMEGA Speedmaster in 1957. After extensive research and reconstruction conducted in a dedicated workshop, the 321 caliber was reproduced with all its original specifications and launched at the right time for the 50th anniversary of the first moon landing. This new interpretation offers a very faithful reproduction.

And because it would be a shame not to be able to admire this little gem, the brand has obviously opted for a sapphire crystal case. To have the privilege of using this wonder, you will have to pay the modest sum of CHF 13,000. Therefore, a certain budget, but it is, remember, an exceptional clock, both in form and content.